The Deadly Disease Stalking Your Cat

We've had many cats in our family over the years, and never knew that there is one common ailment among cats that is responsible for up to 25% of all deaths. The disease? Feline chronic kidney disease, or CKD. Looking back, I see that we probably lost a cat to it years ago, but didn't recognize it at the time. This year, however, we lost Milo, an older cat we adopted at 8 years old, but only had for three years before he died of CKD in April. Boy, I miss that little guy, he was my favorite cat of all time.

It isn't entirely understood why this disease is so common in cats, but there are a number of potential causes that end in the same result—CKD—and these include congenital defects, disease processes, and environmental factors. What isn't known is why a cat's kidneys are such a ready target for these various factors. And it seems that a few breeds are more susceptible: Burmese, Maine Coon, Persian, Abyssinian, Siamese, and Russian blue.

So I won't go into the total picture, as there are many resources out there. For starters, visit the Healthy Pets page at Mercola for a good primer on the disease. And here is a page developed by CKD mom Tanya,that acts as a hub for all kinds of helpful info, if you find that your favorite kitty cat is now a CKD patient.

I will say just a few things on the subject (which usually ends up being a lot!).

One important way to forestall or even prevent CKD in your cat is to feed him canned food. A steady diet of dry kibble keeps a cat in a chronic state of mild dehydration, which stresses the kidneys over time. Unfortunately, I learned this the hard way.

Excess thirst and urination, among other things, are signs of CKD, as the body tries to rid itself of wastes, just as with diabetes. There are no early symptoms of CKD, so by the time your cat is showing symptoms like this, the kidneys are probably about 75% shot. So when you see this occurring, run, don't walk, to the vet to see what's going on. The earlier you can intervene, the longer you may be able to keep your cat alive. Keep in mind that CKD is generally terminal, so it's usually just a matter of how long your cat has, and the better the care, the more likely he will live longer—up to a year or maybe two. There are some cases in younger cats which, if caught early enough, are more of a 'chronic' type, and these cats can live for a number of years with proper care. This is the exception to the rule, however.

The thing that kills most cats with CKD is starvation. The failure of the kidneys to remove phosphorus in the system leads to a build-up that causes a cat to feel ill, reducing his desire to eat and, nearer to the end, to drink. Our cat, Milo, had lost half his body weight by the time he succumbed, despite my assist-feeding him and giving him sub-Q fluids at home. I had ignored symptoms for a while, however, and got a late start on giving him CKD care. I think he would have lived much longer if I had taken my own advice.

So to help reduce that general malaise, you'll need to provide a low-phosphorus diet if you decide to try to actively prolong your cat's life. This will help him to feel better, and therefore to eat and drink more. Using Tanya's site, I researched the best and cheapest low-phosphorus foods, because they are pretty pricey. She lists all of the major cat food brands, including their phosphorus levels. I then researched the prices of the lowest 10 or so, and decided on Hill's Science Diet Adult 7+ Tender Chicken Dinner, with among the lowest phosphorus levels, and only about $1 per can at the time. There are others, so you may find one that's better for you.

I also tried a few treats to see if I could tempt Milo to snack a bit. He liked the Delectables Lickable Treat and would lick the juices and bits of food from the pile in the bowl. The willingness to lick foods, rather than eat them, is common at this stage apparently, and whatever helped was fine with me. I didn't worry so much about the phosphorus content of these extra treats—more important was to get calories into my cat. My goal was to get 150-200 calories into him each day, in whatever way possible.

Giving sub-Q fluids, if you don't mind doing it, can also make your cat feel much better. This is where you inject water under the skin just as the vet does sometimes, using an IV bag and medical needle. Your vet can set you up to do this. Assist-feeding is more controversial, as it involves putting a soft mixture of food into a 10ml needle-less syringe and squirting it into your cat's mouth, essentially force-feeding him. Milo tolerated it pretty well, and felt much better with some food in his stomach. By the time I fed him a meal and gave him some sub-Q fluids, he would have a pretty good day, and be more energetic. My feeling was this: there are things that a sick or injured cat will do that must be prevented, like licking a wound too much. So assist-feeding isn't the only example of preventing a cat from doing what comes naturally, in order to help him.

Taking these extraordinary measures requires commitment, so the decision is very personal, and there is no wrong decision in the end. I hope you don't have to face this with your cat, but if you do, at least you have resources, so I hope you'll take advantage of them. 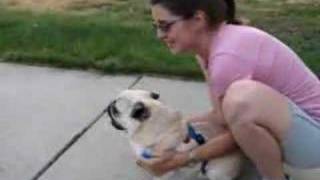 Best Dog Foods on the Market

The Deadly Disease Stalking Your Cat 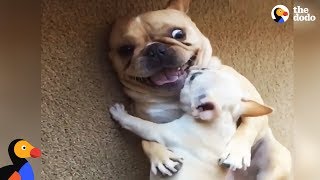 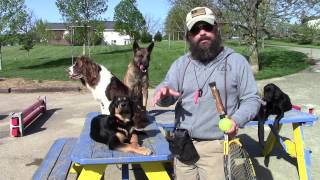 The Hall of Shame

Survival of the Fittest (and Smartest)